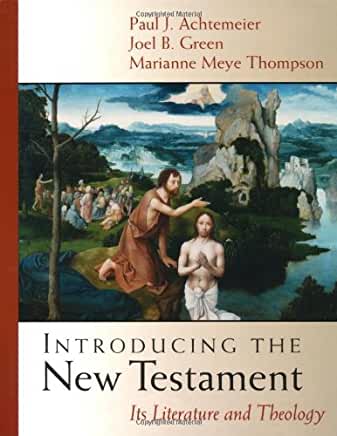 Written from a confessional Christian perspective, this introduction focuses on the literature and theology of each New Testament text. Attention is given to the New Testament as canon, with the authors arguing that the various texts compliment rather than contradict one another. 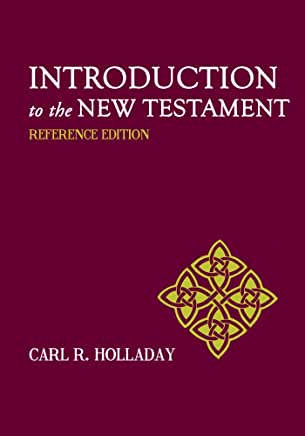 This is a a book-by-book survey of the New Testament, including introductions to the literature of both the Gospels and the Epistles. Various New Testament scholars introduce each book, with contributors including Richard Hays, Morna Hooker, and N.T. Wright. 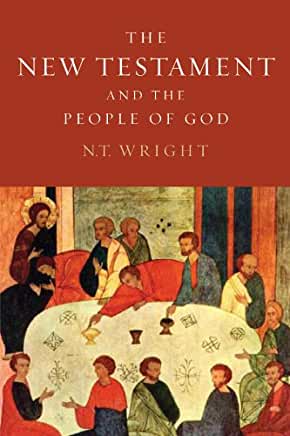 The New Testament and the People of God
N. T. Wright

While in many ways more developed in its arguments than a typical “introduction,” Wright’s work introduces the student to most of the major issues and methodologies within New Testament study, with a particular focus on the New Testament’s context within the Jewish world.

There are also many dictionaries on various aspects of the New Testament. For example, all of the IVP dictionaries are useful, such as the following: 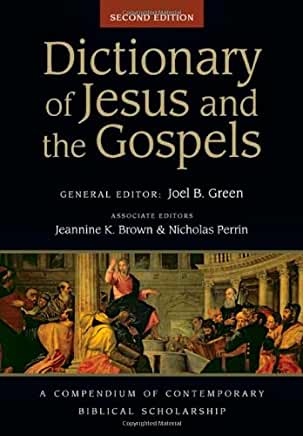 Dictionary of Jesus and the Gospels
Joel B. Green 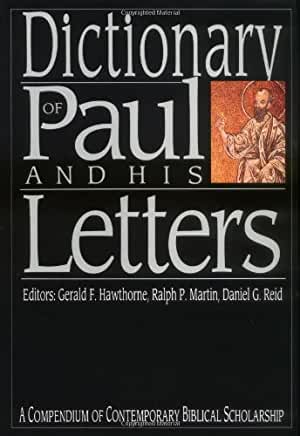 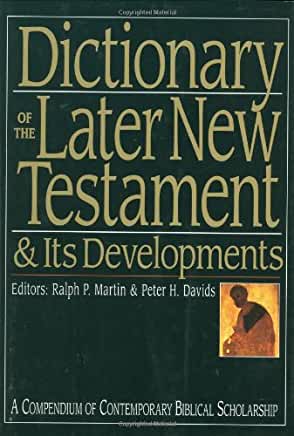 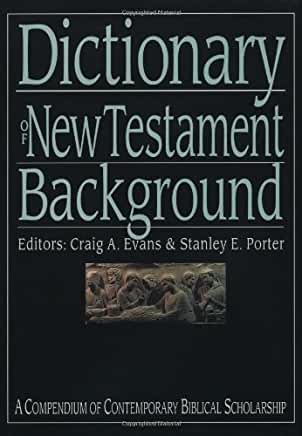 There is a vast amount of critical interpretations available on the New Testament. These often contain suggested sources for further reading. Here are some examples: 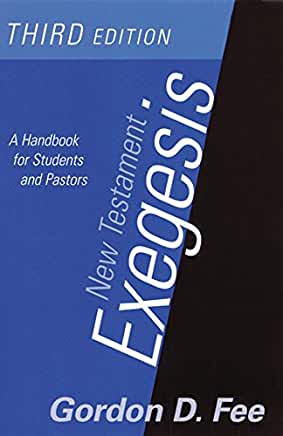 Fee provides a step-by-step method of exegesis, which he elucidates throughout the book. He also includes a short guide for those preparing sermons and a list of helpful resources for exegesis. 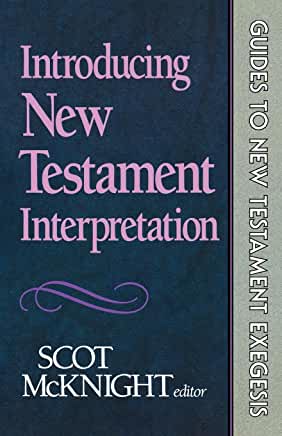 This series both introduces students to the various genres of the New Testament and suggests principles for interpreting these genres. The first volume introduces various important aspects of New Testament interpretation. 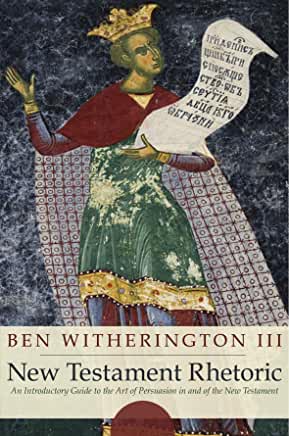 New Testament Rhetoric: An Introductory Guide to the Art of Persuasion in and of the New Testament
Ben Witherington III

Witherington introduces readers to the use and impact of rhetoric in the ancient world and then shows how the New Testament authors employed rhetorical approaches to persuade readers. 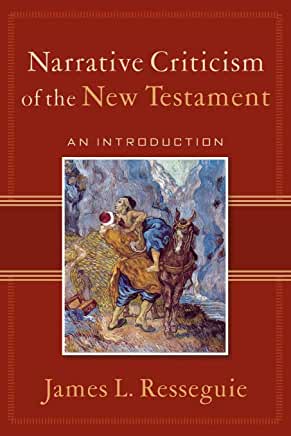 Resseguie introduces the main principles of narrative criticism and explains how to apply these principles when reading New Testament texts.

In addition to one's own reading and reflection on the New Testament, commentaries are an invaluable resource for interpretation. Here are some key commentary series: 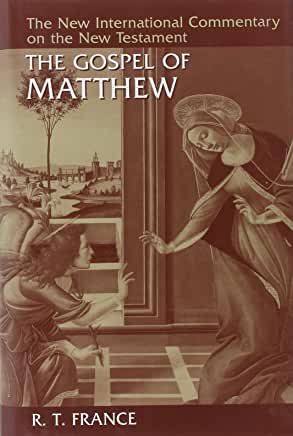 The New International Commentary on the New Testament (NICNT)

This series is targeted at students, pastors and teachers, and aims to incorporate elements of both technical and homiletical commentary. 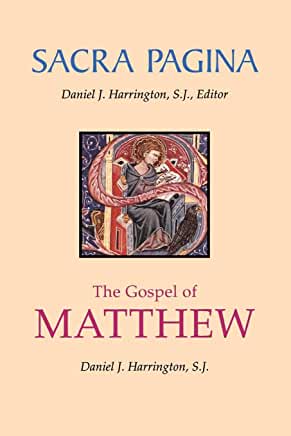 Written by Catholic scholars, these volumes are shaped by the Catholic tradition, but also seek to provide rigorous exegesis in order to be beneficial to a wide audience. 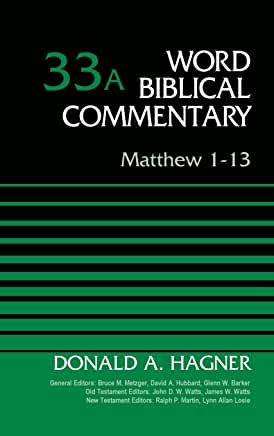 Written predominantly by evangelicals, this series provides several sections on each passage within the New Testament book: bibliography, text-critical and translation notes, introduction to form/structure/setting, verse-by-verse commentary, and broader explanation. 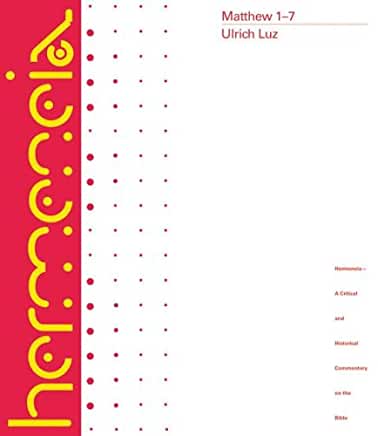 Utilizing scholars with a range of theological perspectives, this critical commentary series interprets New Testament texts with particular consideration given to concerns related to textual criticism, the tradition behind the texts, and the history of religion. 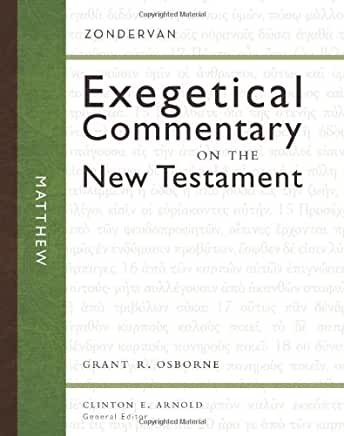 This relatively new series, written by evangelical scholars, is notable for its inclusion of both an annotated diagram and an exegetical outline for each section of text. Each section concludes with an application of the text to today.

For information on the cultural background behind New Testament books, see the following: 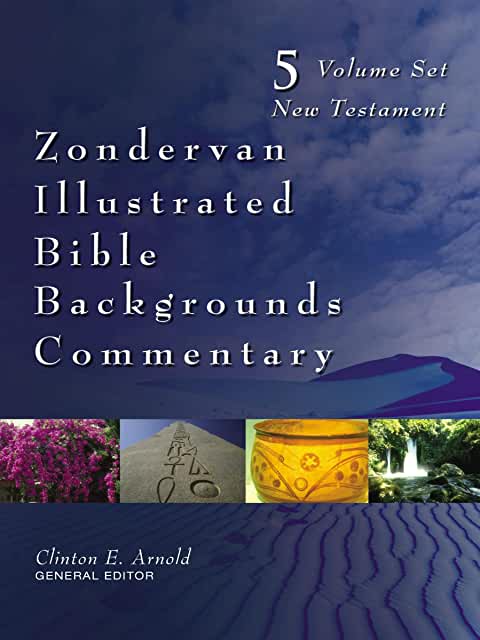 For each New Testament book, a different scholar provides interpretation of the text which is particularly informed by the book’s socio-historical background. Authors write from a broadly evangelical perspective, and include helpful charts and illustrations. 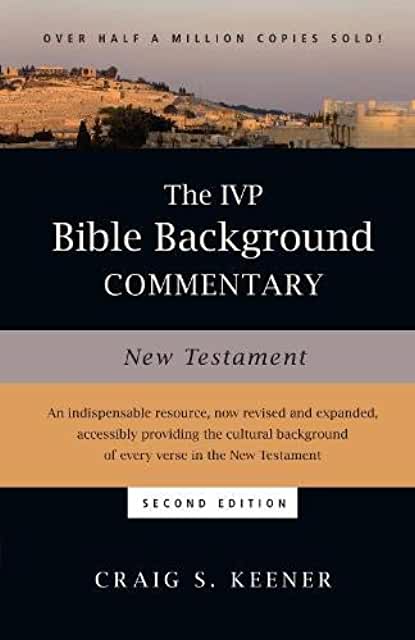 Keener provides a cultural-historical commentary of the New Testament, which is aimed not at biblical scholars but for pastors and those who lack detailed tools.

For a concise introduction to New Testament commentaries, consult Carson’s survey below, which includes a list of recommended works for each book of the New Testament. 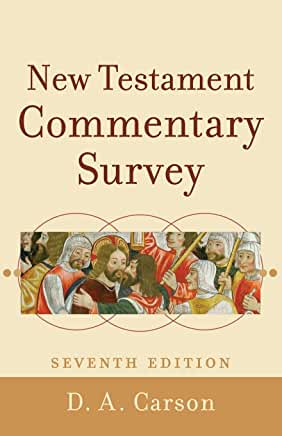 History and Theology of the New Testament

These works help readers enter into conversations concerning both the socio-historical background and theology of the New Testament: 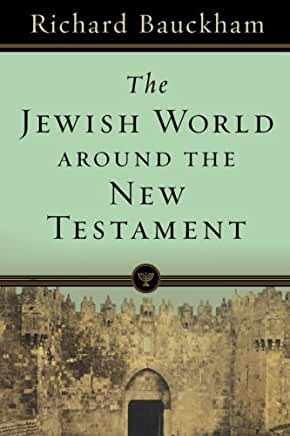 The Jewish World around the New Testament
Richard Bauckham

This series of essays situates the New Testament within the Jewish context in which it was written. 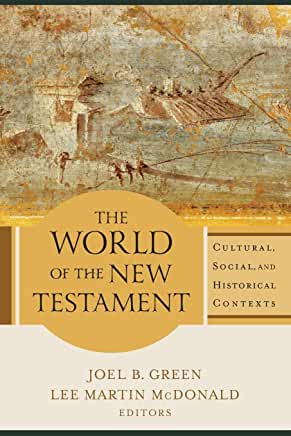 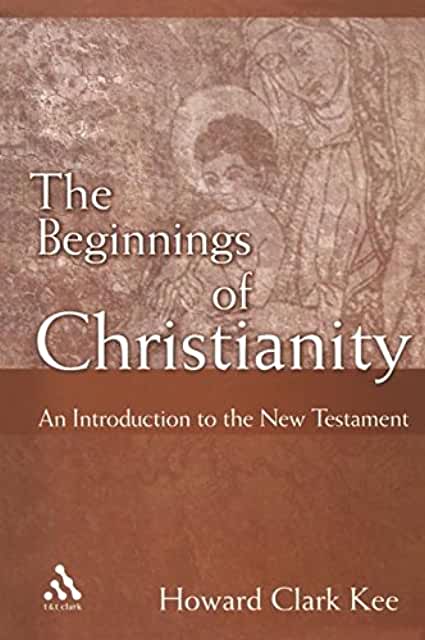 The Beginnings of Christianity: An Introduction to the New Testament
Howard Clark Kee

In this historical study of the origins of Christianity, Kee focuses on the epistemological, sociological and eschatological background and features of early Christianity. 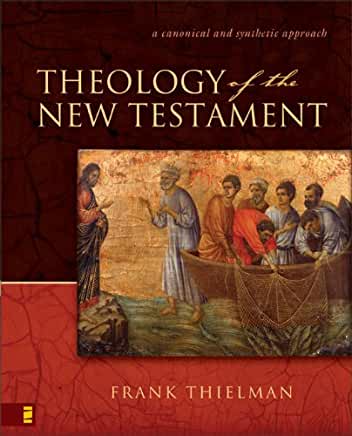 Theology of the New Testament: A Canonical and Synthetic Approach
Frank Thielman 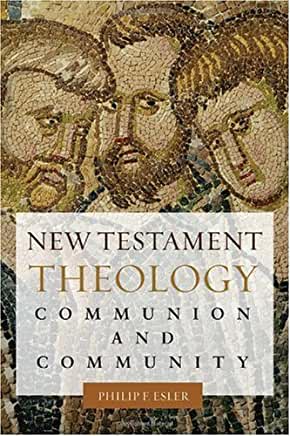 Esler, with a social-scientific focus, discusses the question of how to apply the New Testament within the contemporary Christian context. 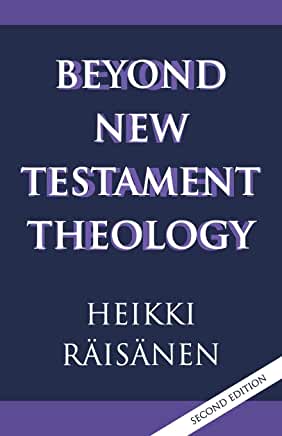 Beyond New Testament Theology: A Story and a Programme
Heikki Räisänen

Räisänen examines the history of modern biblical theology and argues that exegetical and theological tasks in New Testament interpretation should remain separate. He contends that New Testament theology should not serve the church.

The Allison Library provides access to many journals related to New Testament studies. Click here to access these. Listed below are some journals that may be particularly helpful:

Language and Text of the New Testament

There are many helpful resources available for studying the language and text of the New Testament. It should be noted, however, that even the most widely-used and influential lexicons and dictionaries are written from particular points of view, and thus should be examined critically. 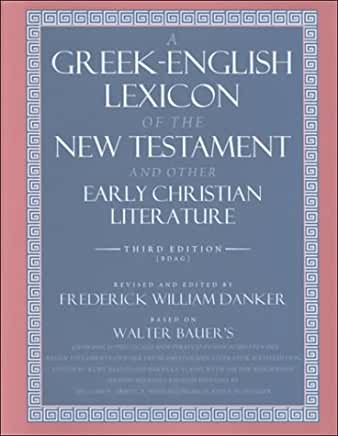 Often referred to as BDAG and now in its third edition, this lexicon provides exhaustive treatment of over 8,000 Greek words. 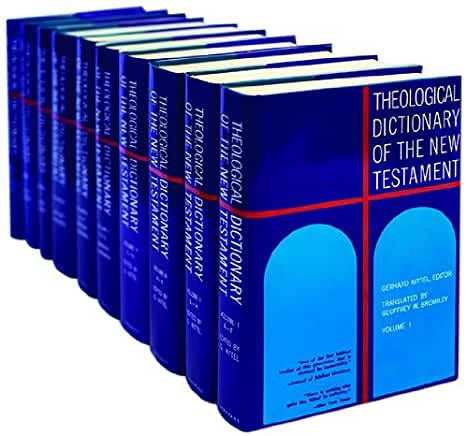 This ten-volume work treats over 2,300 significant New Testament words, focusing particularly on the term's background in secular Greek, the Old Testament, extra-biblical Jewish literature, and throughout the New Testament. The student should bear in mind that this work has received a fair amount of criticism regarding its methodology (see Barr, Semantics of Biblical Language, 1961). 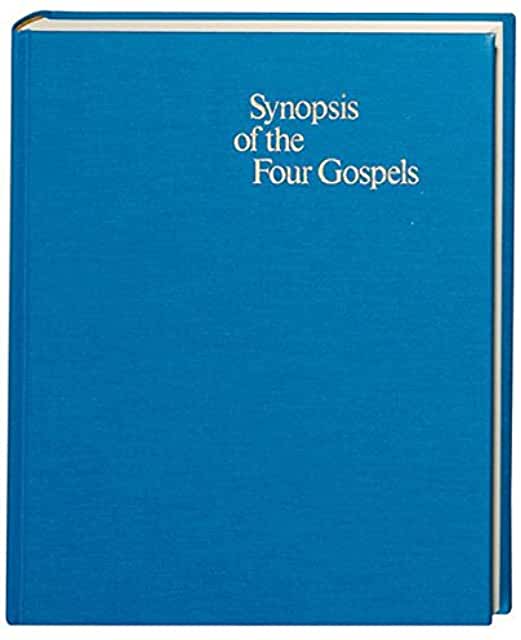 This is a helpful resource for identifying and comparing parallel passages within the gospels. Parallel passages are clearly laid out, in both Greek and English (using the second edition of the RSV). 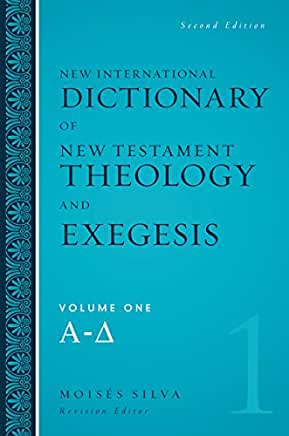 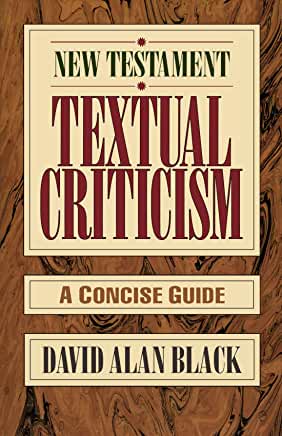