Here are some helpful introductions: 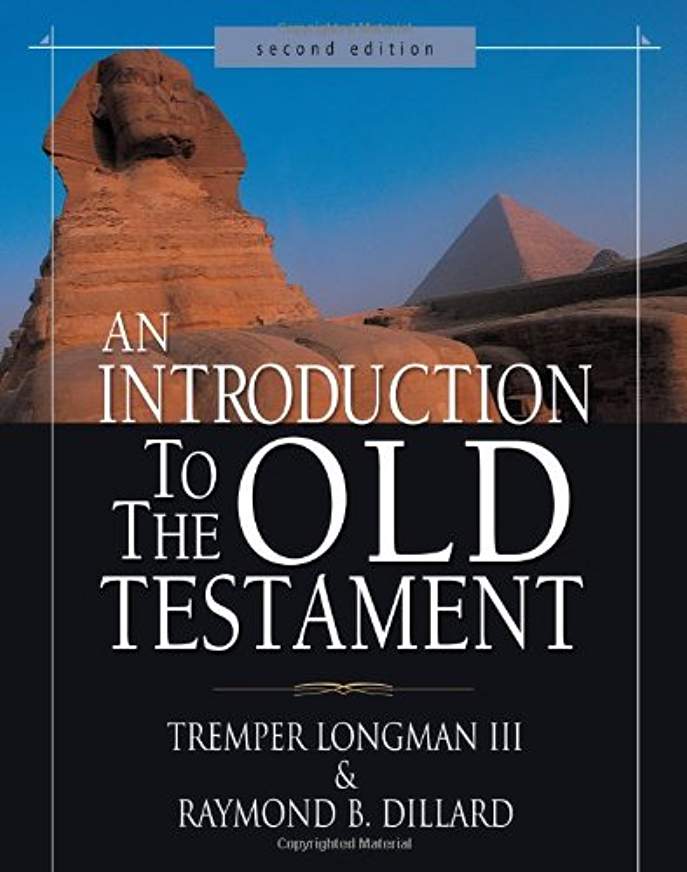 An Introduction to the Old Testament
Tremper Longman III, Raymond B. Dillard

In this work, Longman and Dillard offer an excellent overview of central figures and theories in OT studies. They write from an evangelical perspective and include brief comments on how themes from OT books connect with, or prepare the way for, the NT. 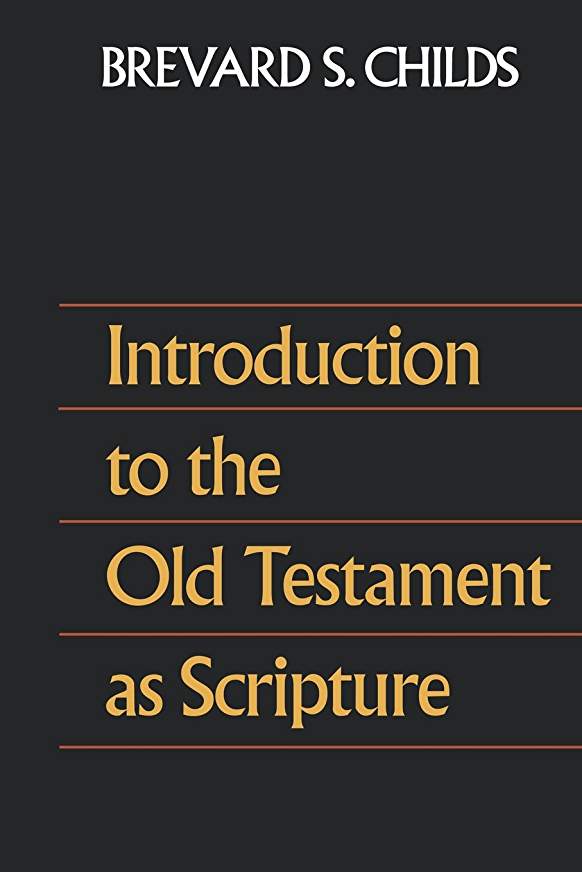 Introduction to the Old Testament as Scripture
Brevard Childs

Brevard Childs is one of the foremost proponents of canonical criticism. For Childs, the OT must be read within its canonical shape. In this introduction, Childs discusses past approaches to the OT and argues for his canonical method. While students may not desire to take on his perspective, this book continues to be a helpful introduction to OT studies. 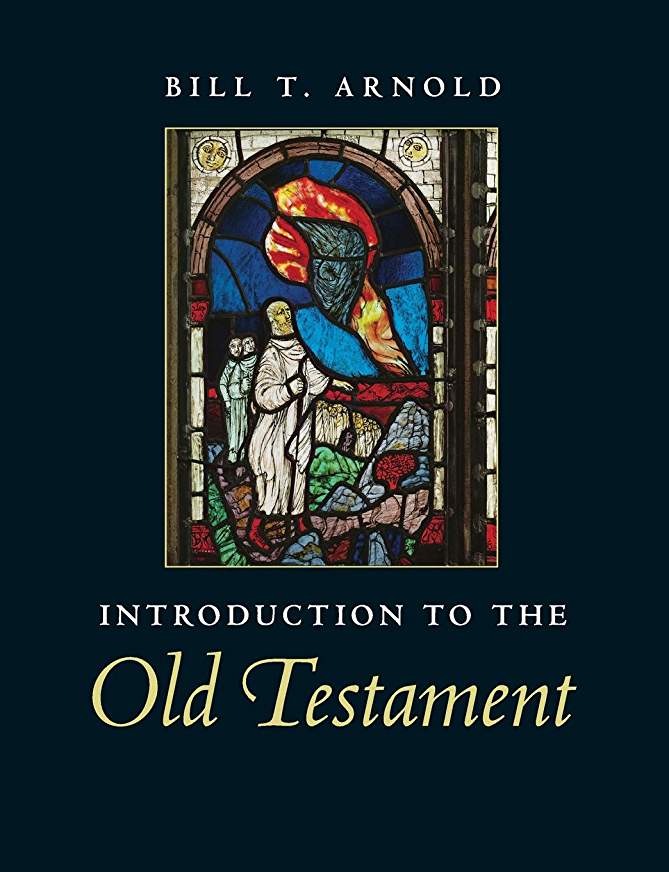 This book differs from classic approaches to the OT introduction because it provides a thematic rather than chronological discussion of the OT, but is still useful for the beginner student.

Commentaries are probably the most familiar type of tool used in biblical studies. The best way to use commentaries is by not relying on a single series but using various books and paying attention to which authors or sets are mentioned in your research of a particular topic. Here is a list of some key commentary series to start with: 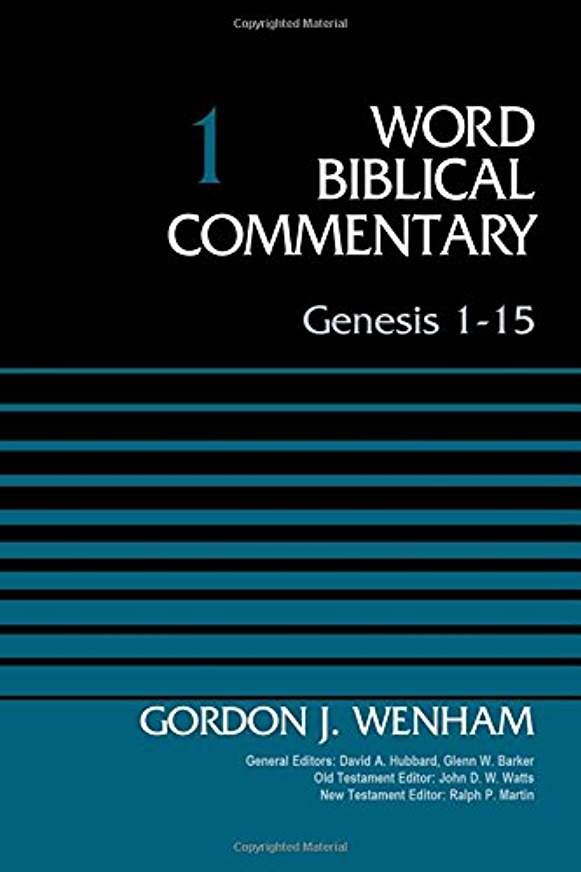 This series is especially helpful regarding the text itself. It includes author translations with explanation for word choice and issues in translation, as well as background and theological commentary. 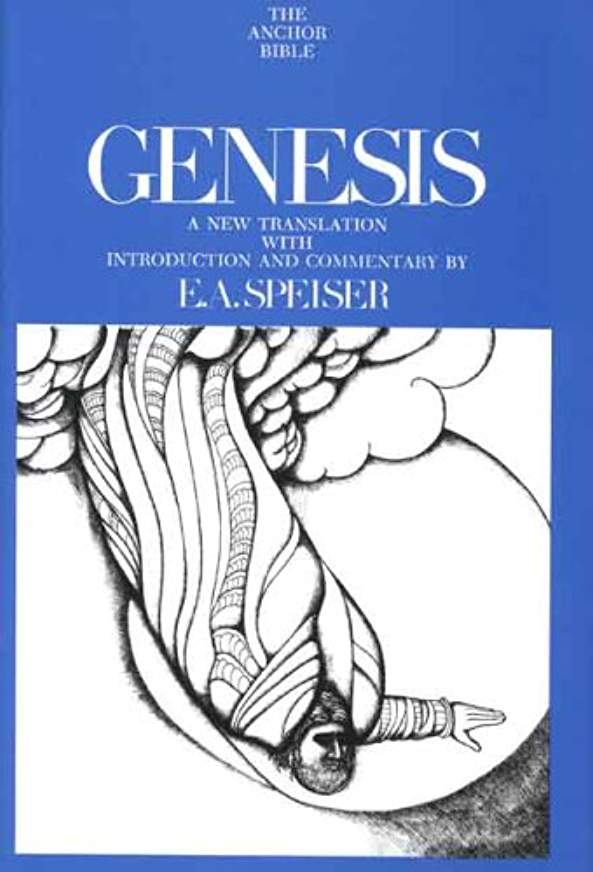 This series focuses more on historical-critical methods than the text itself (though this is author dependent). It provides excellent scholarship and will introduce the student to key issues in a given book. Updated volumes are currently being released and bring with them up-to-date scholarship. 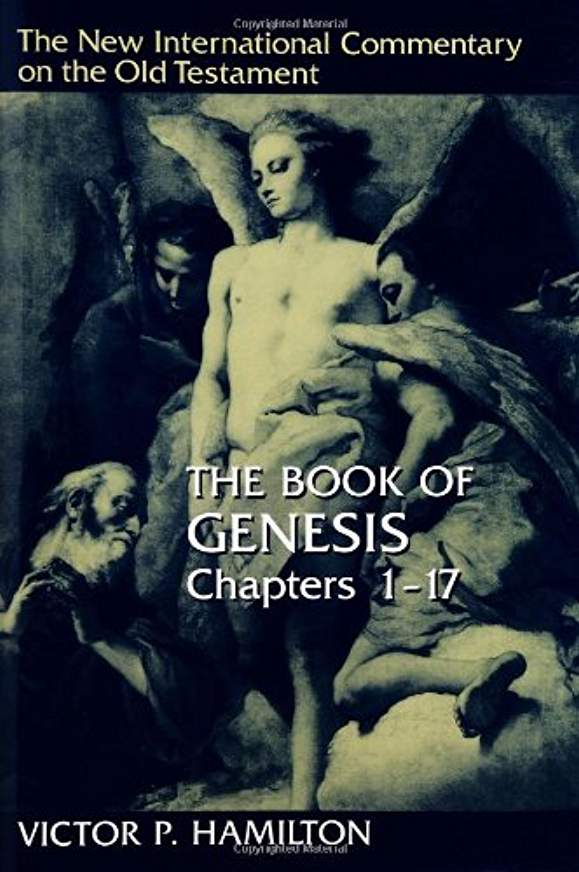 This series falls in between technical and applicational commentaries. It provides translations and comments on text, but often focuses on theological implications of a particular passage. 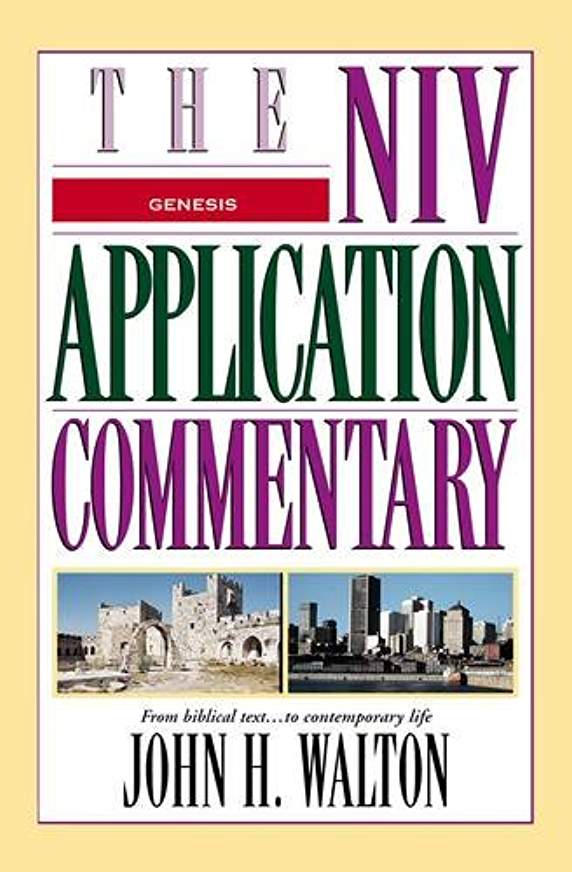 This series seeks to bridge the gap between the ancient context of the OT and the modern believer seeking to make the text meaningful, and thus can be more sensitive to narrative and theological concerns than critical commentaries. 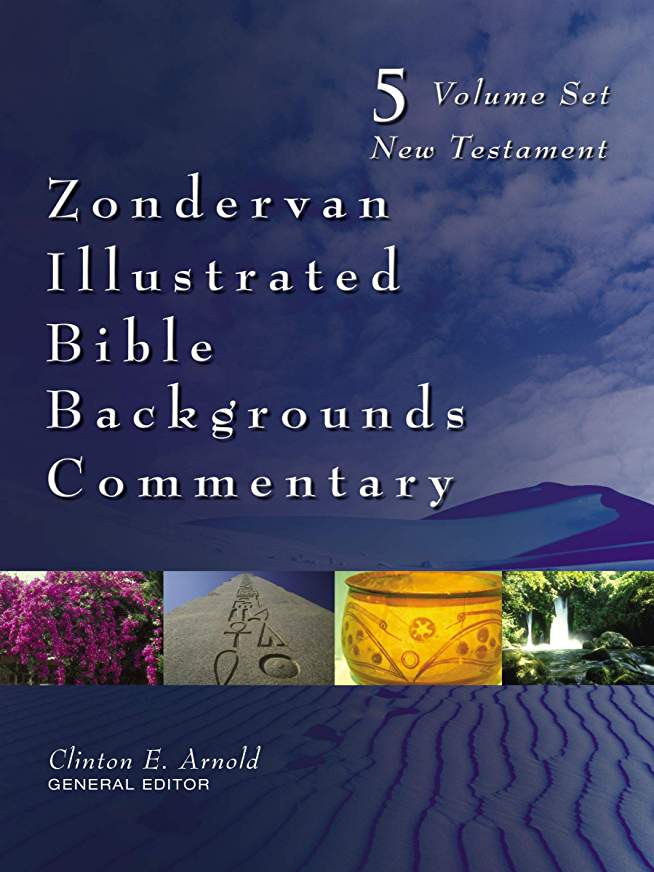 This series is unique. Rather than focusing on new translations or long exegesis, it explores the cultural background of an OT book. The books in this series are not exhaustive, but can alert the student to important background information that will illuminate their study.

For more information about commentary series, consult Longman's survey below: 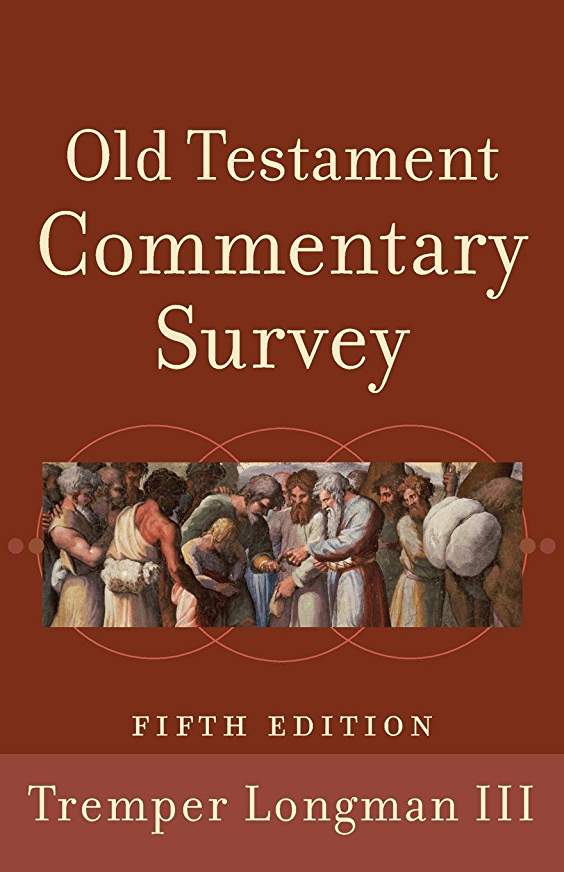 This book discusses the strengths of various series and individual works (including Longman’s own commentaries, which are often highly ranked), thus helping new students orient themselves to the many options that are available.

Old Testament introductions will give students a broad understanding of scholarly discussions in OT studies. However, it is necessary that students also enter into these debates by reading the primary sources for themselves. Here are some sources that deal with various criticisms in general, as well as specific works on critical methods: 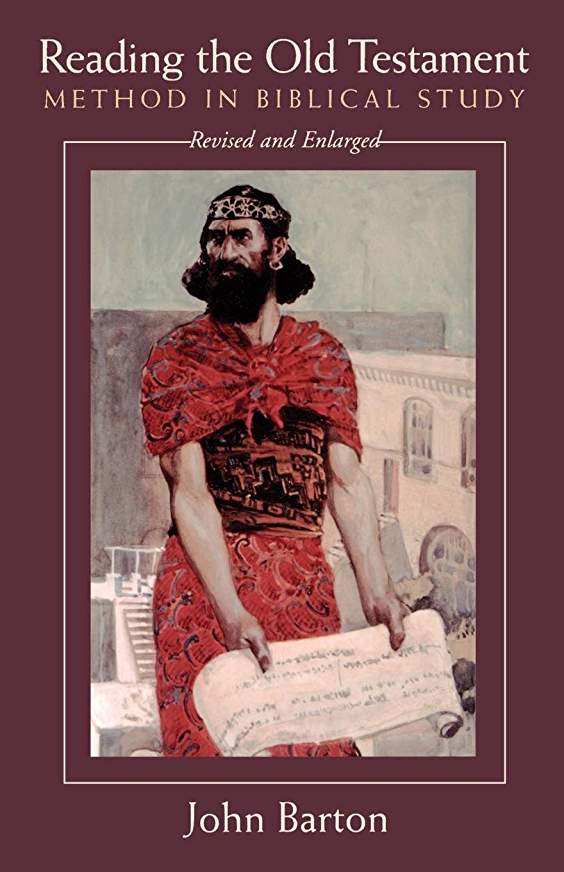 Barton provides an overview of the various methods in OT study, from literary criticism to postmodern criticisms like deconstructionism, as well as suggested works for further study. In short, Barton's thesis is that attempting to view one method as the right way of reading is flawed. 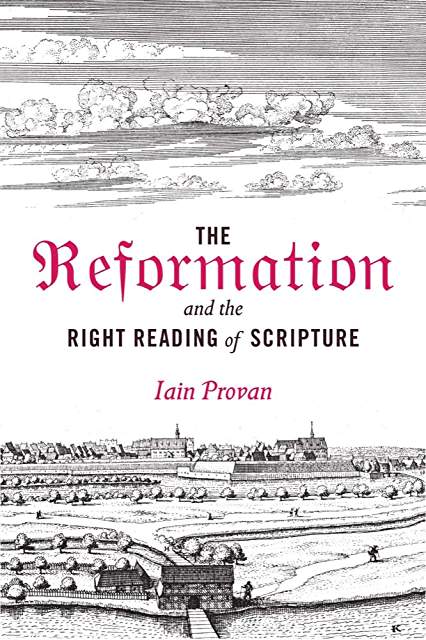 The Reformation and the Right Reading of Scripture
Iain Provan

In this book, Provan deals with general hermeneutics and biblical studies, but it also provides a good engagement with critical methods. Section III is especially pertinent to the discussion of critical methods and their place within Christian hermeneutics. 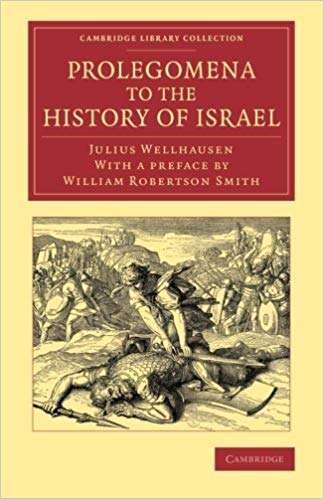 Prolegomena to the History of Israel
Julius Wellhausen

Wellhausen presents his version of the documentary hypothesis, which paved the way for much of the literary/source criticism of the OT. Though a full Wellhausian view is no longer the mainstream model, this book was an important pioneering work. 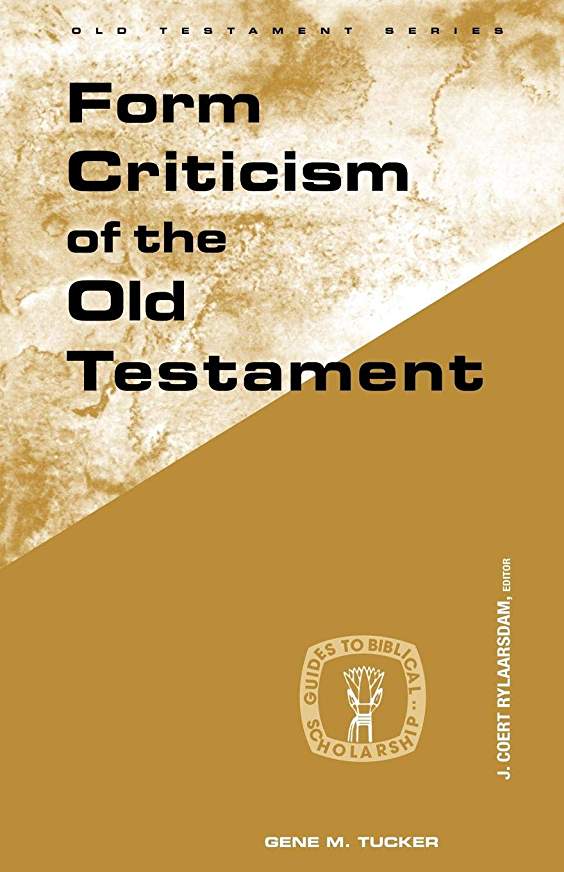 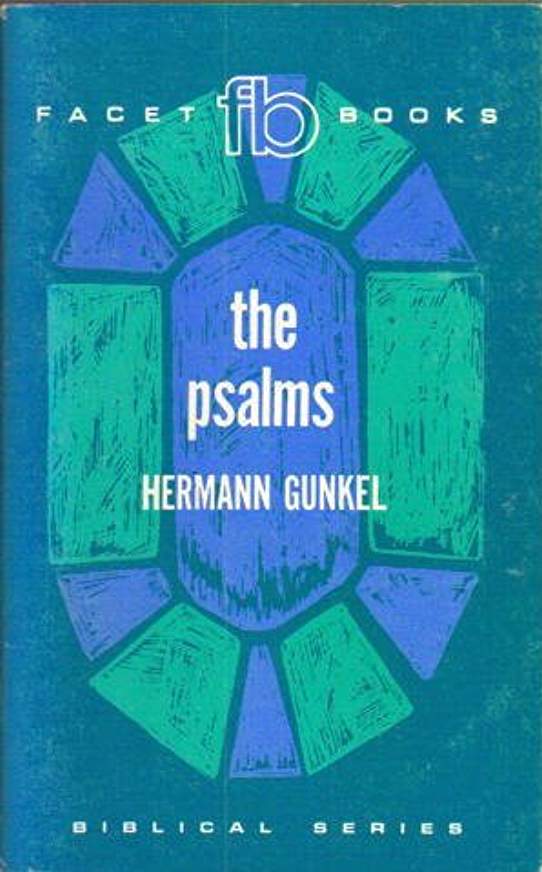 As source criticism is linked to Wellhausen, so is form criticism connected to Hermann Gunkel. Gunkel emphasised the Sitz im Leben (setting in life) of particular genres or forms of the OT text. This is perhaps best displayed in his work on the Psalms. 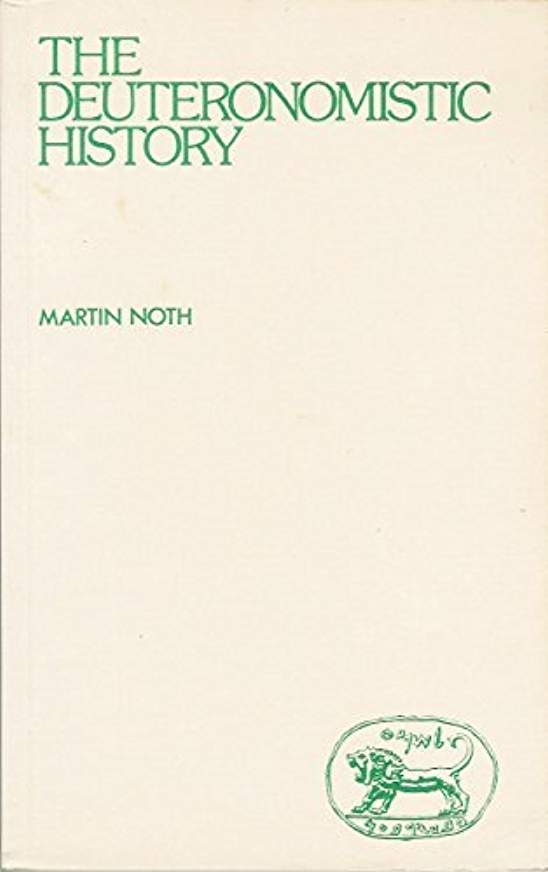 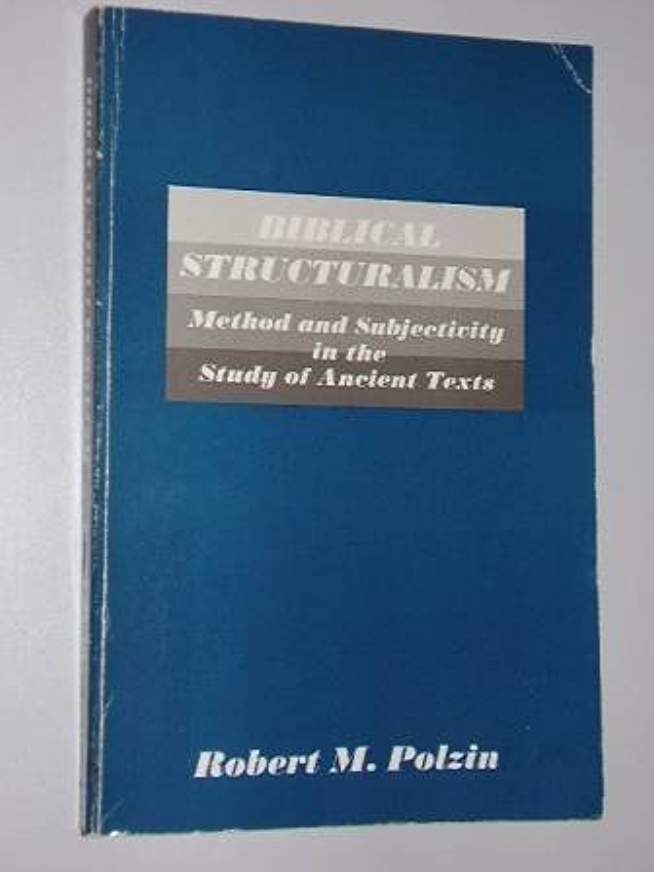 Biblical Structuralism: Method and Subjectivity in the Study of Ancient Texts
Robert Polzin

Polzin provides an introduction to structuralism and its method as applied to OT studies. The benefit of Polzin’s work is that he engages with the past work of Wellhausen, von Rad, and Noth, and gives a structuralist reading of their work. 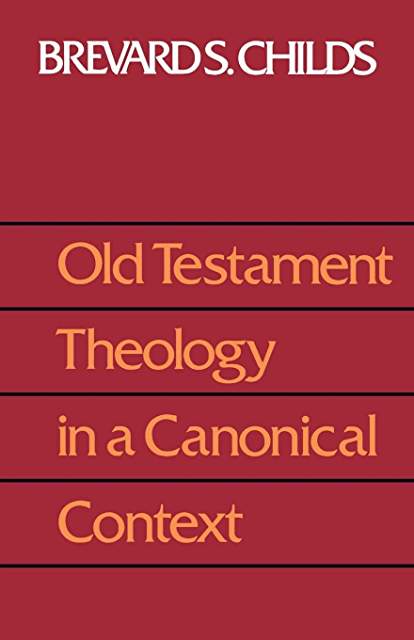 The Old Testament in a Canonical Context
Brevard Childs

All of Childs’ work in biblical studies exemplifies the canonical critical approach. This particular text is listed because it focuses specifically on the OT and covers a range of topics. The student unfamiliar with Childs’ work might want to start with his Introduction to the Old Testament as Scripture, but this title exemplifies Childs’ continued work in the field. 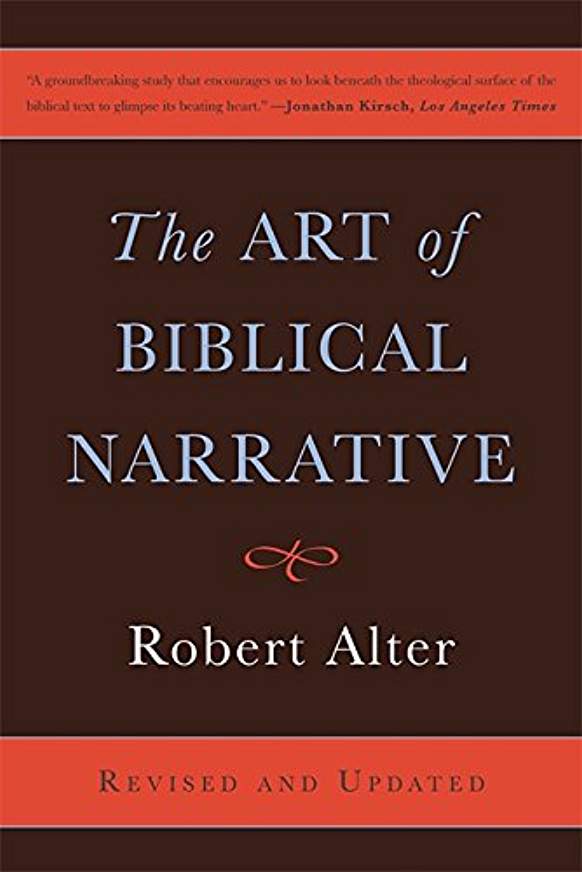 Like Childs, Alter’s work is a marked break from earlier critical methods. There are also some links with structuralism in that Alter is concerned with the final form of the text and seeks to employ literary methods in his study. Alter’s work goes further in highlighting the artistry of texts in their final composition and has proven extremely insightful in showing the literary style of Hebrew narrative. 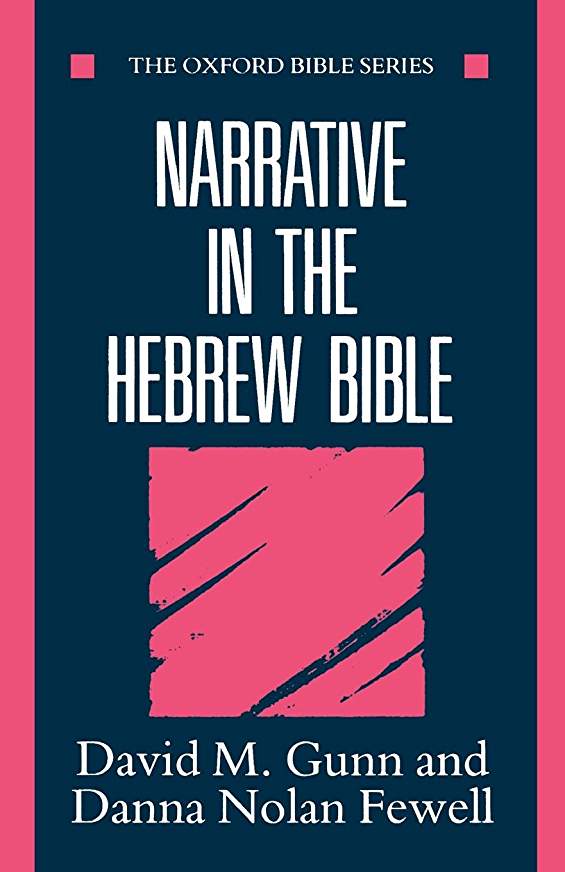 While having affinities with the work of Robert Alter, Gunn and Fewell move further down the literary spectrum. They also pay close attention to the literary artistry of the text and how literary features such as word-play help to illuminate a particular story. However, they differ from Alter in their broader openness to reader response methods in the task of interpretation and finding meaning. 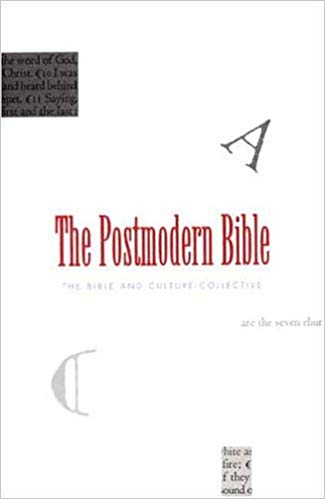 The Postmodern Bible
The Bible and Culture Collective

This collected work provides students with an overview of and introduction to the many new postmodern methods of biblical criticism. The work introduces concepts and offers critiques of certain methods, such as rhetorical criticism and deconstructionism. In the new world of postmodern reading it can be difficult to know where to start; this work offers the student a first step into the discussion.

History and Theology of the Old Testament

In addition to introductions, commentaries, and works on criticism, students may also find books about Old Testament history and theology to be helpful. Here are some suggestions: 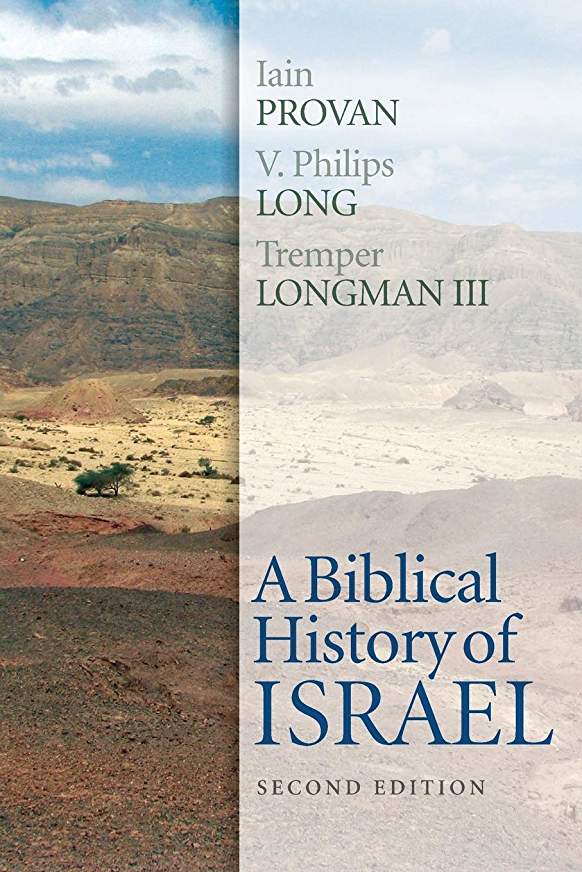 This volume seeks to provide an outline for the history of Israel, and the book’s first section raises important questions for epistemology and how we reconstruct our knowledge of the past. The second edition of this work also includes responses to reviews and critiques of the first edition. 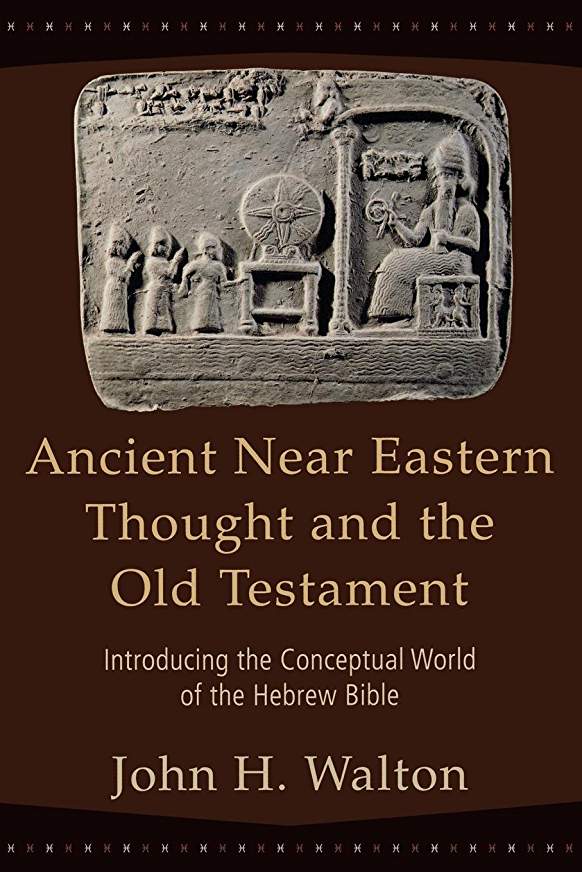 Ancient Near Eastern Thought and the Old Testament: Introducing the Conceputal World of the Hebrew Bible
John Walton

John Walton’s work has proven itself vital for understanding the ancient Near Eastern context of Israel and the OT. This book address broad contextual issues. 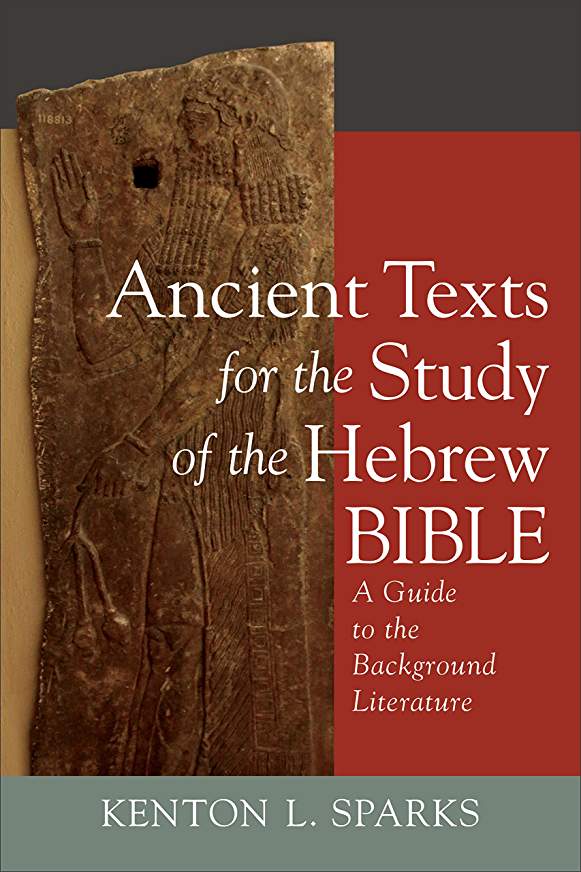 Ancient Texts for the Study of the Hebrew Bible
Kenton Sparks

Similar to Walton’s work, Sparks identifies key ancient texts that illuminate OT study. He also includes helpful notes about locating the texts and translations of texts that he references. 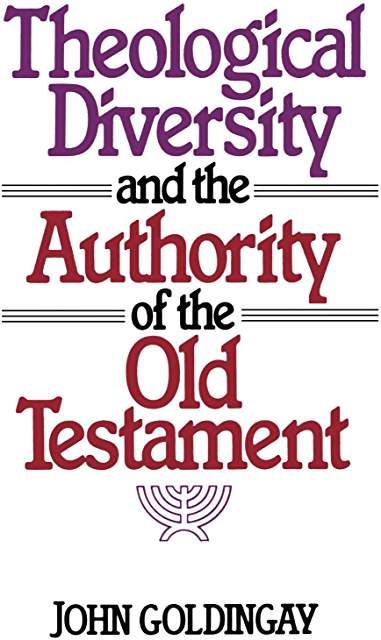 Theological Diversity and the Authority of the Old Testament
John Goldingay

Goldingay’s work, which started as his PhD thesis, is a valuable tool for the student asking how a text as diverse as the whole OT can be read with some coherence. The value of Goldingay’s work is that he does not try to downplay the diversity of the Old Testament, but also attempts to read it as a whole. 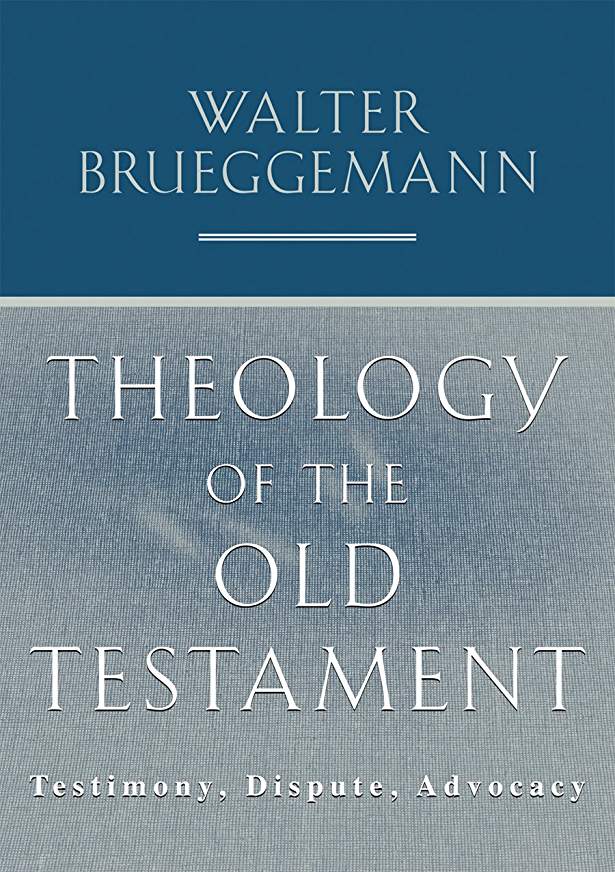 In this book, Brueggemann uses the analogy of a courtroom to explore the diversity of Israel’s witness. He is comfortable with the plurality of views in the OT, which makes his book useful in showing students that the various voices of the OT must be taken seriously in forming an OT theology.

There are many journals available in the Allison Library and online that can aid study of the Old Testament. Here are some journals to start with:

Language and Text of the Old Testament 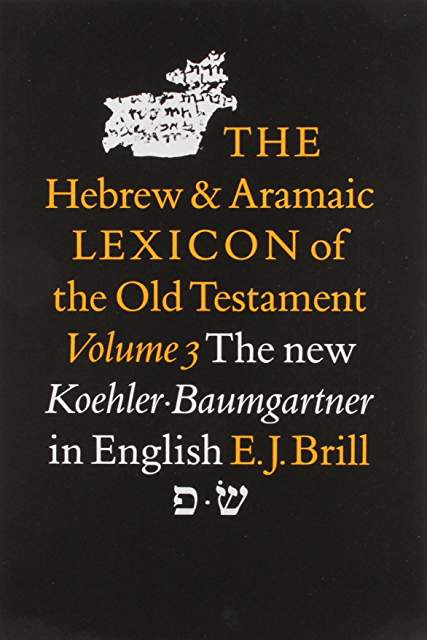 HALOT has become the standard lexicon for OT study. Although other lexicons may be simpler to follow for the beginning student, HALOT remains invaluable for its detail and range. 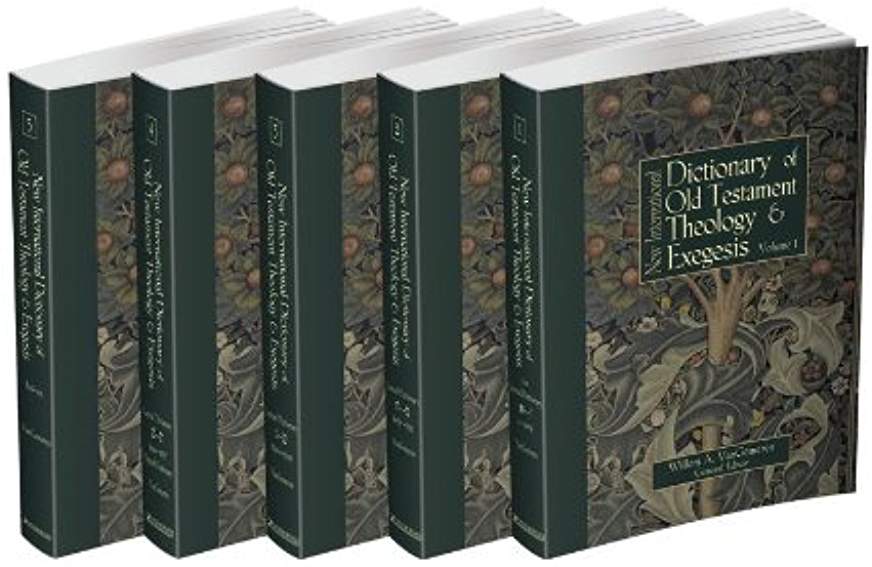 NIDOTTE is one of the more recent and complete theological dictionaries, which seek to build off the work of a lexicon by including further insights than mere lexical data. 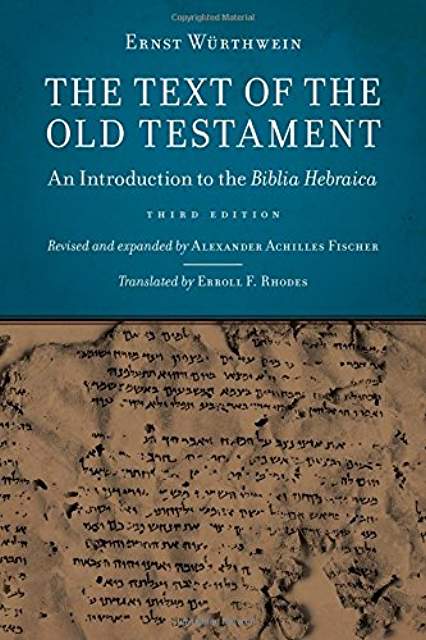 The Text of the Old Testament: An Introduction to the Biblia Hebraica
Ernst Würthwein 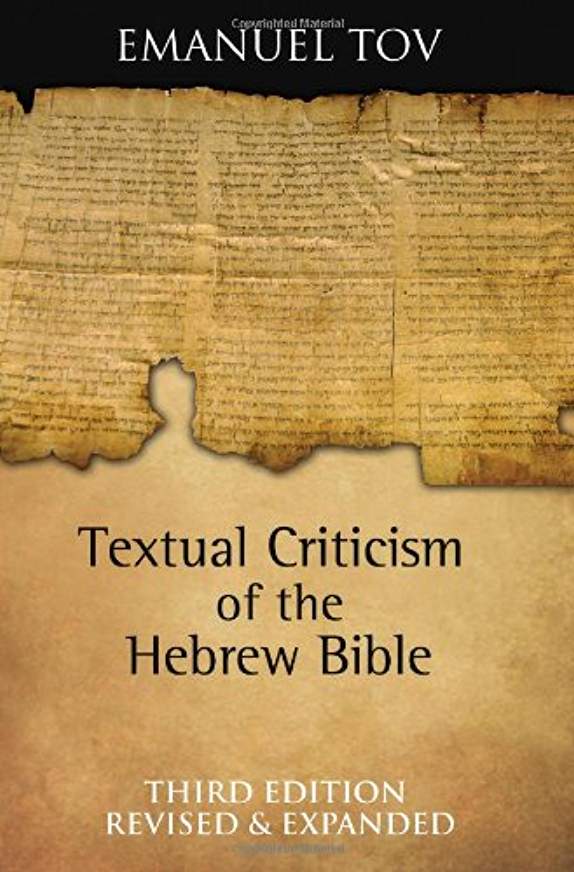 In this pivotal book, Berlin expands on previous work done on Hebrew parallelism, showing the many ways it can be seen in the Hebrew text. This has implications for the interpretations of texts as well as textual critical issues.

The Digital Dead Sea Scrolls
This site, run by the Israel Museum, offers access to The Great IsaiahScroll (1QIsaa), among others.

The Leon Levy Dead Sea Scrolls Digital Library
This site has many manuscript fragments and a few larger ones, including a section of Deuteronomy (4Q Deutn).